Bob is a badger; he likes to blog.

8 Essential Lessons the German Mannschaft Can Teach Every Business 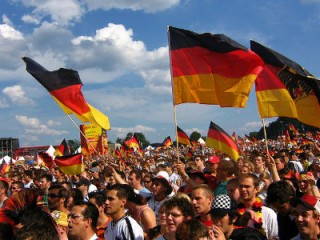 Last month we witnessed a breathtaking World Cup final which saw the Mannschaft (‘team’) win after a 24-year drought. As well as appearing in the World Cup finals eight times and having won the tournament four times, Germany is now the first European team to have won the cup on Latin American soil.

Clearly, the German Mannschaft is a fantastic team. After all, we can’t neglect the fact that they played against Argentina, a country which is - unlike Germany - not known for its team but for its star player, Messi, a.k.a “the best player in the world”.

However, do you wonder what their secret was? Was it German efficiency? The quality promise of ‘made in Germany’?

Below we look at 8 vital lessons from the team’s performance, attitude, and the way they conducted themselves that every business can, and should, learn from.

•    A strong vision: The German team knew what they were about. Combined with a set common goal, hard work, discipline, and a positive mindset this creates a powerful entity. If businesses know who they are, what they want, and how they want to get there, there is little that can stand in their way.

•    A strategic leader: In a radio interview, Germany’s coach Joachim Löw expressed the team’s confidence in their strength and the ability to stick to their well-established strategy. This comes from good leadership.  It is the leader who gives the team this sense of purpose, direction, and commitment to get the job done.

•    Ability to adapt:  As we all know, life doesn’t always go to plan and football is no different. Prior to the final, the team lost two key men, Kedhira and Kramer, however, the team adapted. Just as with business, it is vital that teams remain flexible and open to situational adaptation, e.g. change of deadline, project amendments, etc.

•    Generational mix: The German team was a perfect balance between old-heads and new blood. One could argue that it was the oldies that kept the team in the final, but in reality, it's generally agreed that it was the new guys such as Götze who won it. In business, it’s vital to always have that solid experience as well as new, fresh ideas and impetus.

•    Cultural diversity: The German team had many second-generation Germans such as Mustafi, Özil, Boateng, and Podolski. Having people in your business with different backgrounds, experiences, ideas, and values only strengthens the overall offering and should never be underestimated.

•    Staying focused: As we saw with the team when under pressure, they remained calm and avoided panic. Panicking is of no help to anyone. For want of a better phrase, it’s so important to always keep your eyes on the goal.

•    Reliance on structure: Perhaps better demonstrated by the passion and somewhat disorganisation of the Brazilians, having a structure in place is vital. The German team knew their places, how they had to work for each other and what to do in certain situations. Having a structure in place, along with rules is necessary if any business wants to see success.

•    Stay humble, passionate and genuine: As perhaps personified most by Schweinsteiger, the Germans were the epitomy of class. There is no place for egos in a team and we witnessed this throughout the competition even when they managed to put 7 goals past the hosts. Just as in business, you need to temper any sense of superiority and just put your head down and do the best job you can.


Author: Désirée Gergen is about to graduate in an MA in Intercultural Communication for Business and Professions at Birkbeck College, University of London.

If you would like to increase the cultural understanding and sensitivity of your teams, then contact us to discuss your training needs.  Training South West delivers bespoke Cultural Awareness Training and related international training courses to businesses across the South West, UK.  Whether you're in Cornwall, Devon, Dorset, Somerset, or Wiltshire, we have a team of specialist intercultural trainers ready to customise and deliver a course that meets your needs.

Bob the Blogging Badger joined our content team in 2014. We found him roaming the streets of the the Dorset/Somerset border and decided to give him his big break into business. His talent for writing combined with his love to training, learning and education make him the perfect blogger! If you have any suggestions for Bob, let him know - he won't bite.

How Reciprocity is Effectively used in International Business

Are Written Skills really so Important?

Is Financial Illiteracy Costing you Dearly?